How to inspection the eyeglass

The below points will be affect the quality of eyeglasses:

Hardness: The resin eyeglass is relatively soft. To make it durable, it must be hardened on the lens surface. There are many ways to detect hardness, but the easiest and most convenient method is to prepare several pencils with different hardness, circle on the sample back and forth, it can be find out the hardness of the eyeglass according to the depth of the scratches. 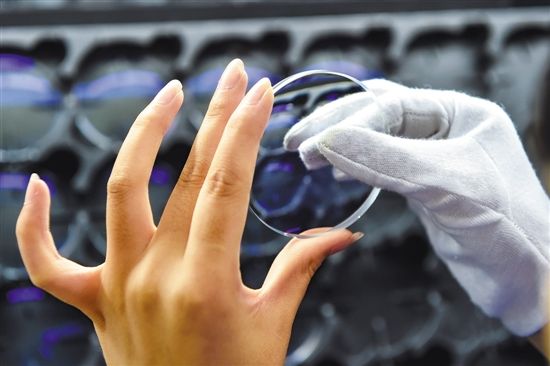 UV coefficient: Expressed by UV value. UV400 is the best, generally is UV375. Normally the optical shop has the equipment for test. It should be noted that currently there is a kind of light blue resin lens known as ultra-UV, in fact, adding the fluorescence Powder. Although it is good performance of ultra-UV, but the optical effect is poor.
Radiation protection: By means of a layer of EMI metal ion film on the surface of the lens, it can prevent static electricity and shield electromagnetic waves.
Abbe number: the bigger the better. Abbe number is used to represent the inverse proportion of transparent material dispersion, the smaller the value the more dispersive the phenomenon. The Abbe number of the ophthalmic lens material is generally between 30 and 60. In general, there is a law that the greater the refractive index of a material, the greater the dispersion, the lower the Abbe number. However, there are some exceptions, such as Mitsui’s MR-8 material, which has a refractive index of 1.497 and Abbe's number of 41. Japan TAG Heuer 1.7 refractive index lens material can reach the Abbe number of 36.
Refractive Index: The refractive index of the resin sheet is roughly divided into several kinds of 1.5:1.56:1.60:1.67:1.70:1.74:1.76. The higher the refractive index, the thinner the lenses made from the same degree.
Film firmness: the stronger the better, the inspection method is to put the lens into the saturated salt water to cook, the longer time can insist to the better.
The cleanliness of the lens: In recent years, the R&D direction of high-end lenses has shifted from increasing the hardness and increasing the transmittance to increasing the smoothness of the lens and improving its waterproof and oil-repellent ability. Generally, the surface of the lens is coated with a dense layer of fluoride (or other compound) so that water and oil cannot be immersed in the lens surface. At the same time, the contact angle between the drop of water and the lens surface is greater than 110 degrees, and moisture and dirt and other particulate matter can easily slide on the lens surface, and the lens surface is less likely to adhere to dirt. Such treatment can greatly reduce the wear of the lens when the customer cleans the lens, and effectively increase the service life of the lens. 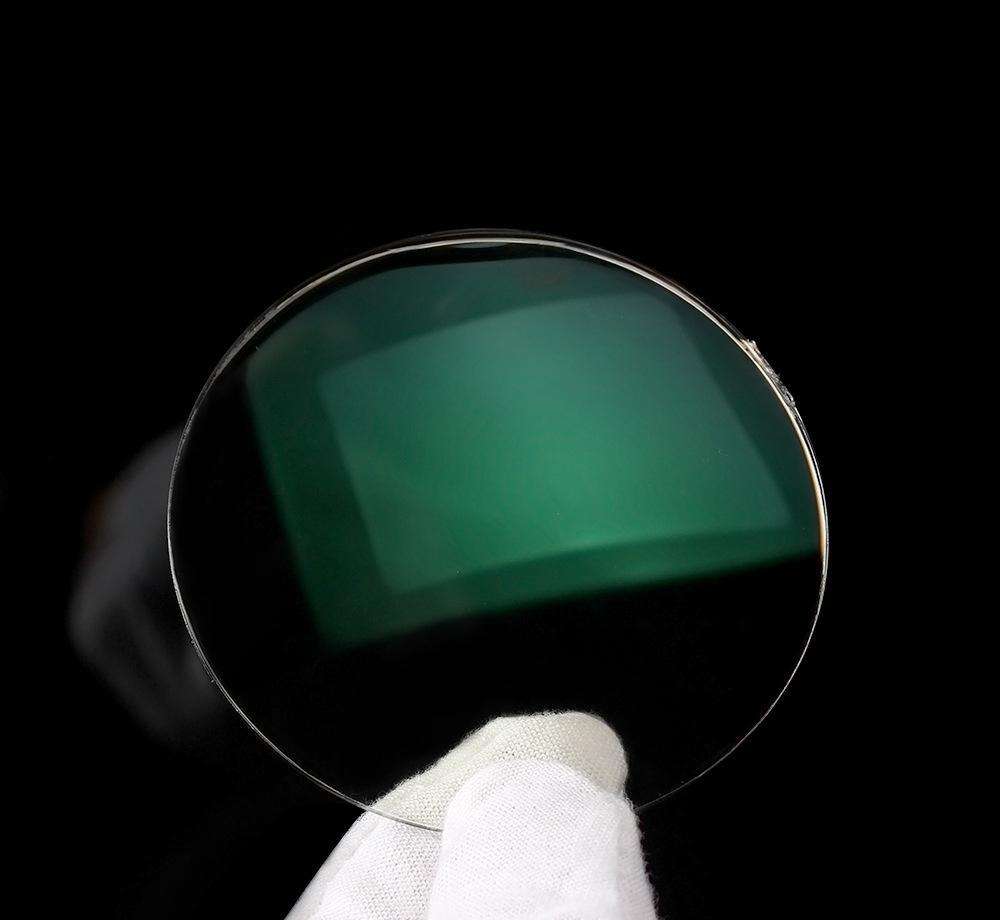 Lens design method: here only single lens, divided into spherical, aspheric. At the same time, the non-spherical surface is exceptionally outside non-spherical, inside non-spherical and double non-spherical. However, it should be noted that while theoretically aspherical lenses have better imagery and are more realistic and natural, they are not suitable for everyone. Some people who wear spherical lenses all the time, according to the same degree of aspheric lenses, will feel that the edge is not as clear as the original, and even the phenomenon of visual deformation. This is due to the fact that the peripheral degree of the aspherical lens is smaller than that of the equivalent spherical lens, and the edge aberration of the aspherical lens is corrected.
Accuracy of Lens Degree: The vast majority of lenses on the market today are error-free. The difference is just how much. Although lenses that meet the national spectacle lens standards are qualified products, the lenses are, of course, more accurate and better.
Whether the lens has bubbles defect: Select several samples to check whether the surface of the lens is scratched or bubbles defect.
In addition, the color of the film is not directly related to the quality of the film.

ASK US A QUESTION