Quality inspection of footwear products is roughly divided into: outer, inner and other parts, which are composed of three parts. 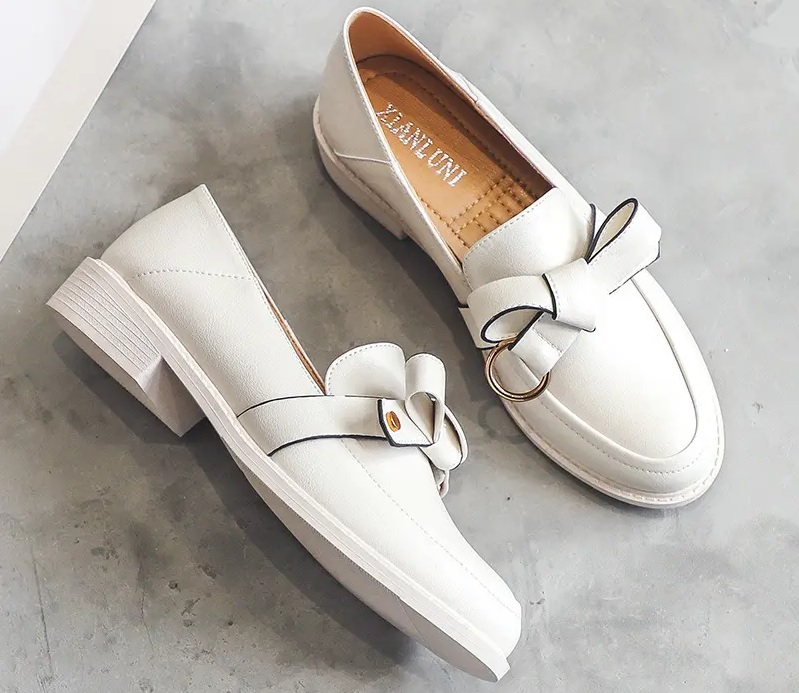 A. Appearance:
There is no dust, stain, stain, glue, thread, glue overflow, fracture, color difference, opening, mold and other phenomena affecting the sales of the whole pair of shoes, the specific situation is as follows:
1, Dust: general factory shoes before delivery quality inspection, and shoes are not hoarded for a long time, there should be no dust.
2. Stain: refers to a small point or a few points on the surface of the shoe caused by dirt, glue, moldy epidermis, etc., which is called "stain". According to the use of raw film can’t wipe off, it can be treatment according to the "defective product".
3, Stains: refers to dirt, glue, moldy epidermis caused by a small piece or several small pieces on the surface of the shoe block, called "stains".
4, Adhesive: refers to a layer of glue attached to the surface of the shoe film, called "adhesive".
5, Thread: shoes exposed, more thread, occupy warehouse quality inspector more time, can’t be dealt with in the work line.
6, Glue overflow: refers to the shoes as long as there is adhesion, glue overflow and paste on the surface of a layer of shoes, called "glue overflow". Cases like this belong to the manufacturer's workmanship. The overflow of glue is a lot, affect the sale of the word is defined as defective products.
7, Fracture: check whether the fracture is serious, slight fracture, that is, in the shoes with adhesive adhesion at the place of fracture, no matter in the shoe surface anywhere, belong to defective products.
8, Color difference: is the two upper, sole, up and down look inconsistent with the color (generally in the sole and on both sides of the shoe), is the color difference.
9, Opening: is the upper and sole of the adhesive bonding, opening, degumming, or fracture.
10, Mildew: mainly caused by mildew on the surface of the stain, the surface of the shoe with mildew.
11, Size: is the same pair of shoes, its size is not the same.
12, Imprint: in the head of the shoe, upper, both sides, heel surface and so on imprint, according to the situation as appropriate: (1), imprint appears in the shoe bonding or other not too obvious place, imprint is less than 0.5CM, in this case according to the genuine shoes classification; (2), the impression appears in the shoe head, upper, sides and heel of the more prominent place, and the impression is larger than 0.5CM, in this case, it should be handled according to the "defective product" situation.
B. Other parts:
shoes packaging box, packaging bag, wrapping paper, desiccant, wrapping paper, desiccant, these matching is necessary, tag can have, can’t, depending on the specific supplier.