Which countries and industries will be affected by the EU's interim deal?

In Europe, environmentalists are moving to protect forests. The European Union reached a provisional agreement Wednesday to ban imports and exports of goods that may be linked to deforestation, the European Commission said.
To ensure the agreement is implemented, companies will need to document that their goods and supply chains are not involved in deforestation, and provide precise geographic information about where the goods are coming from. Companies found to have breached the agreement could face fines of up to 4 per cent of their total annual turnover in the EU. 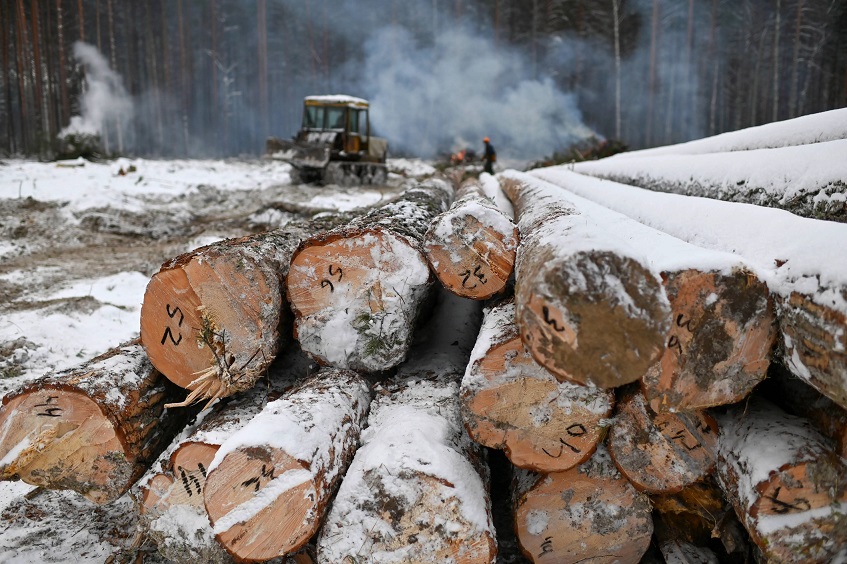 Six key commodities are involved
According to the terms of the agreement, it mainly covers six commodities, namely beef, wood, palm oil, soybeans, coffee and cocoa, as well as some of their derivatives, such as leather, chocolate, furniture, rubber and charcoal. The Commission will also review and update the list regularly.
Specifically, companies must conduct due diligence to ensure that products are not being produced on land that has been deforested or degraded after 2020, and that the process complies with the laws of the host country.
They had to go through three steps to complete the survey. The first need is to ensure access to specific geographical information on commodities, quantities, suppliers, countries of production, etc. Secondly, enterprises need to use this information to analyze and evaluate the risks in the supply chain. Finally, they also need to take adequate and proportionate mitigation measures.
If these goods and their supply chains are linked to practices such as deforestation, they will not be allowed to be imported into the EU for sale or exported from the EU.
The agreement will take effect 20 days after it is formally approved by the European Council and Parliament. The European Commission told the BBC a deal was expected next year. Large companies will have 18 months to adapt after the agreement takes effect, while small companies will have 24 months.
At the same time, the EU will establish a risk assessment system to assess the risk of deforestation and forest degradation caused by imports, and simplify customs clearance procedures for products from low-risk countries or regions. In addition, the EU will work with other countries to build greener supply chains for goods.
How much will it matter?
The agreement aims to minimize EU-driven deforestation and forest degradation. "This agreement is an important tool in the fight against global deforestation, 10 percent of which is happening in the European Union, not only because we are doing it ourselves, but also because we are encouraging it through consumption and imports," said MEP Hansen.
The financial impact on consumers is expected to be small, but the moral impact could be significant. A spokeswoman for the European Commission said the agreement would guarantee that domestic and imported goods would be measured by the same standards, that there would be no bans on any country or on any item, and that the legal change would have 'little' or no impact on prices at the consumer end.
But some countries say the new rules will hurt international trade. Last week, Canada's ambassador to the EU, Ailish Campbell, said the proposed rules would hurt trade between Canada and the EU. He cites the country's logging industry groups as saying their operations already meet high standards of sustainability, such as complying with the law by planting trees to make up for cuts on public land.
Brazil's foreign ministry fears the agreement could be used as a pretext to unilaterally impose discriminatory trade restrictions. The ministry said it was waiting for the full text of the law to be published for further review.
In fact, while the agreement applies to all companies inside and outside the EU, the biggest impact is likely to be felt in large forested producers such as Brazil, Indonesia and Colombia. Indeed, they call the new EU rules "burdensome and expensive". They point out that the certification covered by the rules is also difficult to monitor, especially when some supply chains may span multiple countries. In addition, it drives up compliance costs for businesses and will require a long adjustment period for small businesses in particular.
Cecafe, the Brazilian coffee exporters' association, said it respected global environmental concerns but raised concerns that the industry's progress towards sustainable production was not sufficiently recognised.