Under the influence of the global economic slowdown, weak demand, soaring energy costs and other factors, the import and export of many countries have become seriously unbalanced. Meanwhile, influenced by the strong dollar and other factors, the trade deficits of many countries have increased.
With the Fed's aggressive interest rate hike, the path of global monetary policy has become more divergent, which will keep the US dollar high in the near term and intensify the impact on global trade, industry insiders said. Not only the United States, but also France, Japan and South Korea, which are major exporters, are worried about their trade deficits. 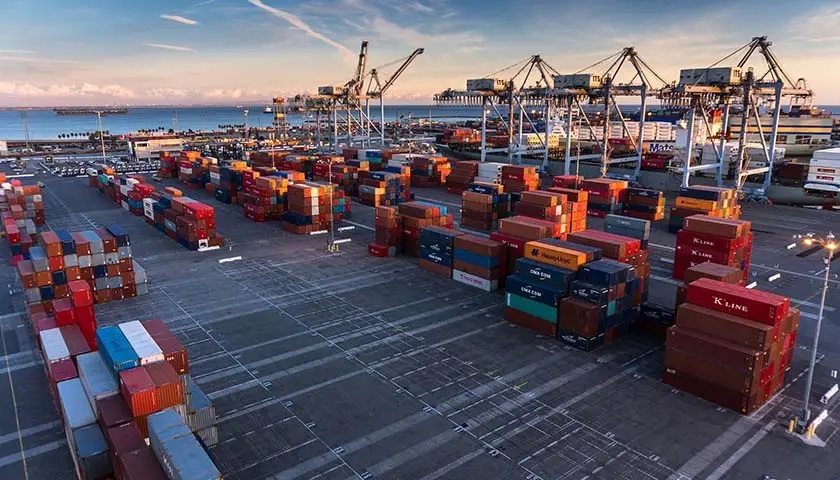 The United States
The trade deficit has widened for two consecutive months
The US trade deficit in goods and services rose 5.4% month-on-month to $78.2 billion in October, the second consecutive month of expansion, according to data released by the US Department of Commerce, Xinhua News Agency reported.
The data showed that US exports fell 0.7% month-on-month to US $256.6 billion in October, mainly due to the decrease in exports of natural gas and oil, while imports increased 0.6% month-on-month to US $334.8 billion, leading to a large increase in the monthly trade deficit.
To put that in perspective, the U.S. goods trade deficit rose $6.1 billion month-on-month to $99.6 billion in October. Among them, the value of goods exports fell by $3.7 billion to $176 billion, industrial supplies and materials, consumer goods and other exports fell on a month-on-month basis. Imports of goods rose $2.4 billion to $275.6 billion. The surplus for trade in services increased by $2.1 billion to $21.4 billion in October.
Analysts say overseas demand for U.S. energy products, such as oil and natural gas, slowed in October amid rising global inflation, leading to weaker exports and a large increase in the U.S. trade deficit. At the same time, the Federal Reserve continued to raise the level of the federal funds rate, resulting in a sharp rise in the exchange rate of the dollar against other currencies, which is bad for US exports. Going forward, as the Fed continues to raise interest rates, U.S. exports are likely to remain weak, putting pressure on economic growth.
The French
The trade deficit is expected to record in 2022
French goods exports reached 439 billion euros in the first three quarters of 2022, up 20 percent from the same period last year, according to a report released by Business France, French media BFMTV reported.
French exports have rebounded again, but high inflation in energy and other commodities is eating into foreign trade figures, leading to the worst trade deficit in history in 2022. According to the 2023 budget bill document, the French government is expected to have a negative balance of 156 billion euros.
Economy and Finance Minister Jean-Yves Le Maire said recently that rising electricity and gas prices were posing a 'major risk' to French industry, with the energy crisis expected to cut industrial production by 10% in the fourth quarter. Meanwhile, Roland Lescours, the finance minister's undersecretary for industry, said that some 350 troubled companies had applied to the French government for help, and that this number was "just the tip of the iceberg".
In fact, energy prices have been rising for more than a year, largely driven by a strong economic recovery after COVID-19 containment measures. Growth has accelerated since Russia's invasion of Ukraine, which has also put heavy pressure on food prices.
The resulting deterioration in the energy balance has led to an increase in the level of France's trade deficit - a reason French customs officials have been giving for months. By September, the 12-month deficit had reached 149.9 billion euros, compared with 85 billion euros in 2021, the highest level on record.
Japan
It recorded a trade deficit for 16 consecutive months
Japan's trade deficit narrowed less than expected in November, according to Global Markets, even as commodity price gains cooled.
The Finance Ministry said Thursday that the trade deficit fell to 2 trillion yen ($14.8 billion) in November from 2.17 trillion yen, remaining above 2 trillion yen for a fourth straight month. Economists had expected a trade deficit of Y1.68tn.
Imports rose 30.3 per cent in November from a year earlier, slowing from growth of more than 50 per cent the previous month, while exports rose 20 per cent.
It was Japan's 16th consecutive month of trade deficits and the annual deficit is expected to be a record. Japan's cumulative trade deficit this year reached Y14.3tn through September, beating the previous annual record of Y12.8tn set in 2014.
The slight narrowing of the trade deficit in November was partly due to slower year-over-year increases in commodity prices. Crude oil prices have fallen about 40 per cent since their March peak and growing fears of a global economic slowdown could further reduce demand for crude.
South Korea
They are worried about weakening their position as an export powerhouse
South Korea's exports in the first 10 days of December fell 20.8 percent year-on-year to 15.421 billion U.S. dollars, according to preliminary statistics released by the Korea Customs Service on Monday, according to the Global Times.
Korean media reported that Korea s exports have declined for the last two months in a row, and the trade deficit for the first 10 days of this month was close to 5 billion dollars. It is highly likely that Korea will record nine consecutive months of trade deficit since 1997.
Exports of semiconductors, South Korea's biggest export, fell 27.6 percent in the first 10 days of this month. Steel products, auto parts, wireless communication equipment, precision instruments also fell. At the same time, however, exports of petrochemical products, automobiles and ships increased. During the same period, Korea s imports decreased 7.3 percent year-on-year to 20.344 billion dollars.
The cumulative trade deficit for the year ended this month reached 47.464 billion U.S. dollars, the highest level ever.
"South Korea's status as an export powerhouse has faltered," said the Joongang Ilbo. Korea's weak exports are the result of a combination of factors, including the prolonged conflict between Russia and Ukraine, the global economic downturn, and a drop in the price of its major exports, including semiconductors. Most predict that the situation will continue until the first half of next year.
Spain
The trade deficit nearly quadrupled between January and October
Dec.15 (CAIAP) -- Soaring energy import costs caused Spain's trade deficit to nearly quadruple in the first 10 months of 2022 compared with the same period last year, the industry ministry said Thursday.
In its monthly report, the ministry said Spain's 10-month deficit totaled 60.29 billion euros, compared with 16.63 billion euros in the same period last year and more than double the deficit for the whole of 2021.
Imports for the January-October period rose 38 percent year on year to 380.02 billion euros, while exports rose 24 percent to 319.73 billion euros, the ministry said.