Electroplating is the most common surface treatment for mechanical parts inspection. Let's share 5 common electroplating processes.
What is electroplating?
Electroplating is the use of electrolytic principle in some metal surface plating on a thin layer of other metal or alloy process, is the use of electrolytic effect of metal or other materials on the surface attached to a layer of metal film process so as to prevent metal oxidation (such as corrosion), improve wear resistance, electrical conductivity, reflective, corrosion resistance (copper sulfate, etc.) and improve the appearance of the role. It is mainly divided into "wet plating" and "dry plating". 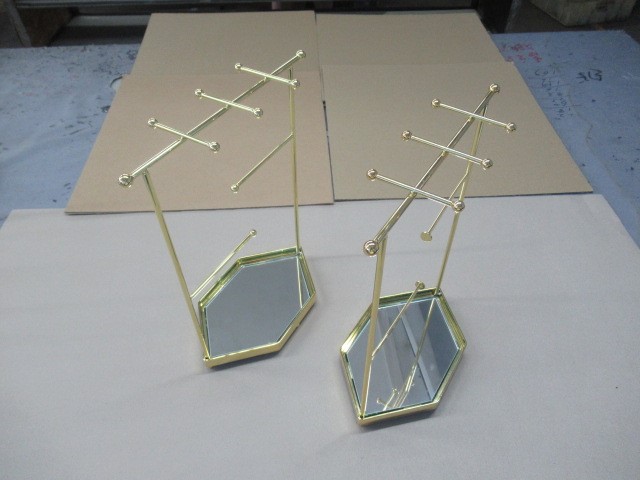 Wet electroplating:
Wet electroplating is a method of electroplating an object into a liquid using electrolysis and chemical reactions, including electroplating (electrochemical electroplating) and chemical electroplating.
Electroplating (electrochemical plating) :
A method of immersing metal ions in a solution containing metal ions to be electroplated and depositing them on a metal surface by direct current electrolysis.
Electroplating performance indexes include appearance, thickness, porosity, corrosion resistance, hardness and internal stress. The appearance is determined by the finishing degree and plating conditions of the parts to be plated. Thickness depends on "current strength x electrolytic time", hardness and internal stress vary with additives and plating conditions.
Therefore, the composition and working conditions of the plating bath will affect the quality of the plating. In addition, due to the use of harmful chemicals in electroplating, extreme care must be taken in the disposal of wastewater, which has strict treatment standards according to aqueous solutions.
In normal plating, the sheen is lost as the coating thickens. Thus, smooth gloss plating can be performed by adding suitable additives to the solution.
In addition, chrome plating is one of the most commonly used electroplating because the coating has gloss, no discoloration in air, small coefficient of friction, good wear resistance, and good corrosion resistance.
Zinc and cadmium electroplating will change color after processing, but by conducting chromate treatment, corrosion resistance is greatly improved, you can obtain glossy film or color film.
Chemical plating:
Chemical electroplating refers to the depositing of metal ions on the surface of other materials by reacting reducing substances and metal ions in electroplating solution without the use of electrical energy.
The advantage of this method is that a relatively uniform film can be made regardless of the shape of the material. But the precipitation rate is slow, the plating is relatively thin, it is difficult to manage equipment materials and solutions, and it is expensive.
In chemical plating, the uniform thickness can be heated to increase hardness, so it can be used as a wear-resistant film. In addition, the chemical plating of copper is often used in the pretreatment of electroplating on plastics.
Dry plating:
Dry electroplating includes vacuum electroplating, gas electroplating, and melt electroplating using molten metal.
Vacuum plating:
Vacuum electroplating is a method of heating and evaporating a metal or compound in a high vacuum by applying vaporized atoms or molecules to the object to be electroplated to form a thin film of the metal or compound on the surface. In this context, thin film is defined as thin film less than 1 μm thick.
Industrial applications include decoration, wrapping paper, etc., depositing aluminum on a metallic sheen for electrical applications in resistors and capacitors.
If the foundation does not release gas, it can use non-metal, not just metal.
In addition, the deposition methods of vacuum electroplating include PVD (physical vapor deposition) and CVD (chemical vapor deposition). PVDS use heat and plasma to mass vaporize solid material and deposit it on the substrate. CVD is a kind of gas that utilizes heat and plasma energy, including thin films and elements, to adsorb and form thin films on the substrate surface through excitation and decomposition.
In addition, the PVD method also uses vacuum deposition, sputtering and ion plating. The CVD method includes plasma CVD and thermal CVD. As there are a variety of film formation methods, it is necessary to select after considering the characteristics and application of each film.
Gas phase electroplating:
The process of obtaining metal coatings by thermal decomposition or hydrogen reduction of metal halides and carbon-based compounds is called "vapor plating". However, because the equipment is complex and expensive, the operating temperature is high, the materials need to be heated, and there are dangerous chemicals, it is only suitable for special applications.
Melt plating:
This is a method by which an object to be plated is immersed in a bath of molten metal and pulled upward to obtain the metal film on the surface. When using this method, fewer types of metals and alloys can be used because the melting point of the material must be higher than that of the metal being plated. Plating operation itself is simple, in a short time to obtain thick electroplating, but can not freely control its thickness.
The plating operation itself is very simple, can be a short time to obtain a thicker coating, but not freely control its thickness. In addition, some parts of the material also deteriorate.